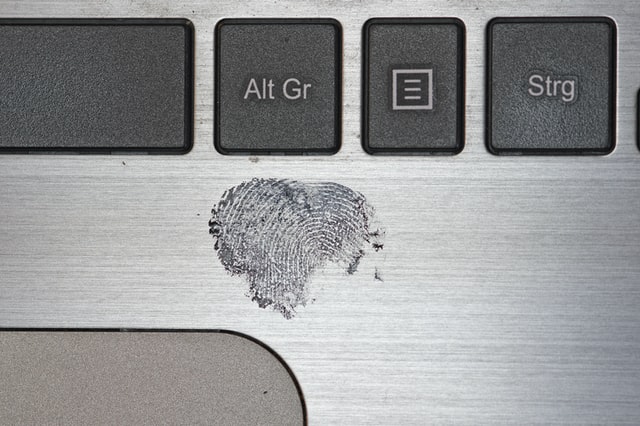 Unveiling the Reality of Fingerprint Security: How Secure is Your Privacy?

Biometric authentication is a form of identification and authentication that uses physical characteristics, such as fingerprints, facial recognition, or retina scans to identify and authenticate individuals. This technology has become increasingly popular in recent years due to its accuracy, simplicity, and increased security. It is now used in many modern-day tech applications such as smartphones and digital banking services.

Biometric systems are becoming more widely adopted for information security purposes due to their ability to prevent fraud in the digital world. Artificial intelligence can be used to identify data breaches quickly and automatically respond accordingly. However, biometric authentication does have some drawbacks that should be taken into consideration when deciding whether or not it is the right choice for your data protection needs.

For example, biometrics can be vulnerable to spoofing attacks where an attacker attempts to gain access by using a fake fingerprint or other biometric data instead of the real one belonging to the user they are trying to impersonate. Additionally, there may also be privacy concerns associated with storing personal biometric information on servers which could potentially lead to identity theft if it were ever compromised by hackers or other malicious actors.

Overall though, fingerprint security remains one of the most secure methods of authentication available today when implemented correctly with appropriate safeguards in place. It provides an extra layer of protection against unauthorized access while still allowing users quick and easy access without having them remember complex passwords every time they need access their accounts or devices. Understanding how this technology works can help you make informed decisions about how best protect your data and privacy going forward into our increasingly digitized world.

What is Fingerprint Security?

Fingerprint recognition utilizes this biometric authentication by using an individual’s unique fingerprint pattern as a means of verifying their identity. This technology can be used for everything from unlocking smartphones or laptops with built-in scanners, to providing access control at secure locations such as government buildings or corporate offices with specialized scanners installed at entry points. The complexity and capability of this technology has grown significantly over time due its ability to provide reliable identification without compromising privacy or personal information like passwords would do if they were stolen or lost.

Many experts argue that because biometrics identifiers are so unique, biometric identification ultimately provides more secure protection than traditional methods like passwords which can easily be guessed or stolen by hackers if not properly secured with strong encryption techniques like two-factor authentication (2FA). Furthermore, since no two people have identical fingerprints, it makes it virtually impossible for someone else’s print to unlock your device even if they had access to your device itself – making it one of the most secure forms of authentication available today!

How Does Fingerprint Security Work?

Fingerprint security is a biometric identification system that uses an individual’s unique fingerprint to verify their identity. When a person places their finger on a fingerprint reader, the device reads the ridges and valleys of their fingerprint and compares them to a stored image of the person’s fingerprint. If the fingerprints match, then the person is authenticated and the device is unlocked. Fingerprint recognition systems work by examining a finger pressed against a smooth surface. The finger’s ridges and valleys are scanned, creating data which can be used to identify an individual. This data comes from scanners that can read and map out unique aspects of fingerprints such as ridges, valleys, whorls, patterns, minutiae points or other features that make up each individual print. Fingerprints are used for identification purposes due to their uniqueness; no two people have identical prints even if they are twins or siblings. This makes them ideal for authentication purposes as it is difficult for unauthorized users to gain access with false prints or spoofing techniques.

In addition to traditional fingerprint readers, some devices now use multi-factor authentication processes which combine facial recognition with fingerprint scanning in order to verify identity more securely than ever before. The idea of using fingerprints as source material originated during an April 2002 meeting between representatives from various fields including law enforcement agencies, academics and scientists who were looking into ways in which biometric identification could be improved upon for security purposes. Since then fingerprints have become one of the most widely used methods for identifying individuals due to their uniqueness; no two people have identical prints even if they are twins or siblings making it difficult for unauthorized users to gain access with false prints or spoofing techniques.

Fingerprint security has come along way since its inception in 2002 when representatives from various fields met together looking into ways in which biometric identification could be improved upon for security purposes; today’s technology combines facial recognition with traditional fingerprint readers making it even more difficult for unauthorized users gain access without permission while still providing secure authentication methods that protect user privacy at all times . By using this multi-factor authentication process combined with sophisticated scanners capable of reading unique aspects such as ridges , valleys , whorls , patterns , minutiae points or other features found within each individual print , individuals can rest assured knowing that their privacy remains secure at all times .

The Pros and Cons of Fingerprint Security

Fingerprint security is a popular form of authentication that has become increasingly common in recent years. It offers several advantages over traditional methods, such as passwords and PIN codes, including convenience and increased security. Fingerprint security is fast and easy to use, eliminating the need to remember complex passwords or carry around keys or cards. Additionally, fingerprints are much harder to fake than other forms of authentication, making them more secure than traditional methods. However, there are some drawbacks to using fingerprint security as well. For one, fingerprints can be difficult to collect and store securely. Additionally, some people may be uncomfortable with the idea of their fingerprints being stored in a database. Finally, there is always a risk that the fingerprint data could be stolen or misused. Access control biometric fingerprint readers scan a person’s biometric data with what is previously stored in the database for strong authentication purposes since biological characteristics are distinct from one another and hard to replicate accurately. Furthermore, it provides an added layer of comfort since users don’t have to remember passwords for access control systems which selectively restrict access to certain areas or systems based on authorization protocols set up by administrators or owners of said system/space. Ultimately though it comes down to personal preference when deciding whether fingerprint security is right for you; weighing out both its pros and cons will help you make an informed decision about your own privacy needs when it comes down protecting your digital identity from malicious actors online today!

Fingerprint security is one of the most secure methods of authentication available, offering a fast, convenient and highly secure way to protect your data and privacy. Biometric authentication is the process that relies on unique biological characteristics such as fingerprints, iris recognition or facial recognition to verify an individual’s identity. Fingerprint scanners are a great option for access control and touchless solutions, while facial recognition can be used in combination with other forms of identification such as cards or passwords. The use of biometric technology has been increasing due to its potential benefits in terms of improved security and convenience. However, there are risks associated with storing and using fingerprint data which must be taken into consideration when deciding whether it is appropriate for a particular situation. Guidance has been created by experts to help individuals assess these risks against potential benefits before making their decision. Ultimately, fingerprint security offers an effective way to protect your data while providing convenience at the same time – making it an ideal choice for those looking for reliable security measures without compromising on user experience.

In conclusion, fingerprint security is a fast, convenient, and highly secure form of authentication. It offers a great way to protect data and privacy from document fraud and identity theft, terrorism and cybercrime. Additionally, the system can be used to protect sensitive data as fingerprints cannot be forged like passwords or pins can. The main advantage of biometric authentication is that the “locks” or templates aren’t whole images of the entire biometric data a user has provided. Mobile devices that rely on fingerprint authentication might also be at risk from hacking attempts that use master fingerprints; however, researchers have found ways to mitigate this risk. Biometric authentication is growing in popularity for enterprises because it is an effective way to control access to sensitive information while international regulation changes are being implemented. All in all, fingerprint security provides many benefits with few risks associated with it making it an ideal choice for those looking for secure ways to protect their data and privacy.