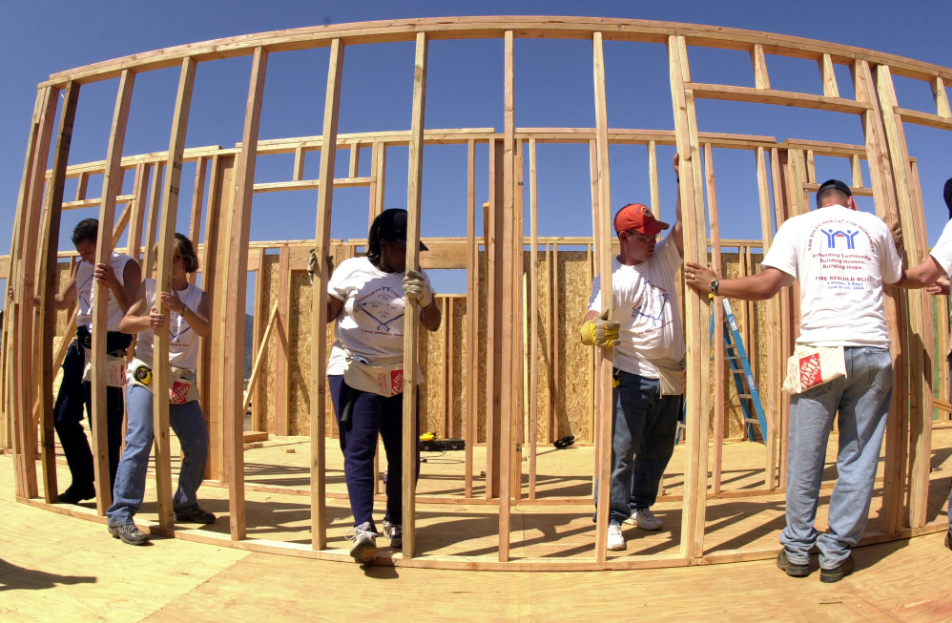 The Voluntary Sector (also known as the third sector, nonprofit sector, and community sector) is usually comprised of organizations whose purpose is to benefit and enrich society, often without profit as a motive and with little or no government intervention.

Unlike the private sector where the generation and return of profit to its owners is emphasized, money raised or earned by an organization in the voluntary sector is usually invested back into the community or the organization itself.

One way to think of the voluntary sector is that its purpose is to create social wealth rather than material wealth.

Although the voluntary sector is separate from the public sector, many organizations are often tightly integrated with governments on all levels to support it in the delivery of programs and services.

Examples of the Voluntary Sector

There are many different types of organizations in the voluntary sector.

Some of these organizations have a mix of paid and volunteer staff, like most charities. Other organizations are much more loosely defined, like community groups, and can be composed entirely of volunteers.

Examples of organizations in the voluntary sector include:

The National Center of Charitable Statistics (used by the IRS to classify nonprofits) divides nonprofits into 26 major groups under 10 broad categories.

Size of the Voluntary Sector

There are different estimates for the size, income, and activities of organizations in the voluntary sector.

In Canada, the voluntary sector accounts for 6.8% of the nation’s gross domestic product (GDP) and employs 12% of Canada’s economically active population (reported in 2005).

In the UK, it is estimated that the voluntary sector contributes £11.7 billion to UK gross value added (GVA, similar to a GDP), equivalent to 0.8% of the whole of the UK GVA (reported in 2012).

In 2014, the voluntary sector accounted for approximately 13% of the total EU workforce, or 23 million full-time equivalents.

The Impact of the Voluntary Sector

The voluntary sector dates back to the 19th century when philanthropists and social reformers began to establish organizations to tackle poverty and injustice. The sector has since grown and evolved, responding to the changing needs of society. Today, the sector is an essential part of the social fabric, with millions of people working to make the world a better place.

The voluntary sector has a wide range of impacts on society, both in terms of its direct services and its indirect contributions. For example, the sector provides essential services to vulnerable people, such as housing and food banks. Food insecurity is strongly associated with poor mental and physical health, especially with chronic diseases. Food banks have become an increasingly important part of the voluntary sector in recent years as they provide vital assistance to those who are struggling to make ends meet. The sector also acts as a voice for those who are marginalised or overlooked by government, such as refugees and people with disabilities.

The voluntary sector also contributes to social change by providing a platform for people to express their views and advocate for change. This can be seen through the work of grassroots organisations and advocacy groups which use the platform of the voluntary sector to raise awareness about issues that affect them and push for positive change. Four key principles underpin this work: that all individuals and groups have a sense of belonging; that everyone should have access to basic social services; that everyone should be able to participate in decision-making processes; and that everyone should be able to benefit from economic opportunities regardless of their background or circumstances.

The types and intensity of human land-use activities can also impact on lands’ ability operate as carbon sinks or sources – something which is becoming increasingly important due consideration given climate change concerns – making it another area where the voluntary sector can play an important role in helping protect our environment from further damage caused by human activity.

In addition, the voluntary sector has a significant economic impact too: By providing employment opportunities (such as training) which may not otherwise be available through mainstream channels it helps stimulate local economies while reducing poverty levels at the same time – something which is particularly pertinent when considering many single parent households led by women are amongst those most affected by poverty levels within society today according Human Rights Watch findings . The sector also contributes economically through donations made towards goods/services provided plus investments made into projects/initiatives run within communities across Britain too .

The Challenges Facing the Voluntary Sector

The voluntary sector is a vital part of society, providing essential services and resources to those in need. However, the sector faces a number of challenges that can make it difficult for organisations to provide these services. One of the biggest challenges is a lack of funding. The sector relies heavily on donations and grants from individuals and organisations, which can be unreliable and difficult to secure. This lack of funding can make it difficult for organisations to provide the necessary services and resources. In addition, the sector is often subject to criticism from government and media sources which can damage its reputation and lead to a decrease in public support. This is particularly concerning for organisations that rely heavily on public donations as this could have a significant impact on their operations.

Another challenge facing nonprofits is stable income and accurate budgeting issues due to limited government funding available for nonprofit organizations. Government funds are often restricted in certain areas such as health or human services, leaving other areas with little or no financial support from public funds. This has been particularly evident with cuts in legal aid funding impacting charitable organizations significantly as they play an important role in providing access to justice for those who cannot afford it otherwise. Furthermore, many donors do not understand that voluntary organizations cannot function without incurring overhead expenses such as staff salaries or office supplies; some donors expect all money raised by an organization should go directly towards its cause rather than administrative costs associated with running an organization efficiently . To address this issue , some nonprofits have taken steps towards recognizing these challenges by agreeing to provide critical funding for strategic assessments so they can better understand how best they can sustain their programming .

Despite these challenges, the future of the voluntary sector is bright. The sector is adaptable and resilient, and has a proven track record of delivering social change. The sector is also growing in popularity, as more and more people are looking for ways to make a difference.