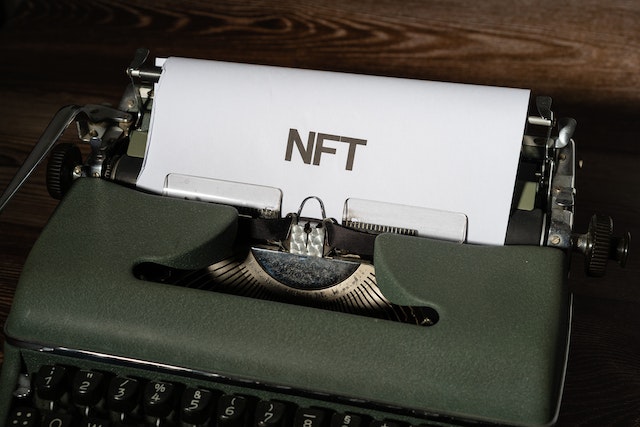 Non-fungible tokens (NFTs) have become increasingly popular in recent years as a way to purchase digital assets. NFTs refer to nonfungible tokens, which are digital objects that are verified on the blockchain and hold features such as uniqueness and non-interchangeability. A nonfungible token, or NFT, is a digital asset that establishes authenticity and ownership and can be verified on a blockchain network. It is essentially a digital certificate of ownership that represents a digital or physical asset. Currently, NFTs are used for various applications such as unique digital art assets, real estate, collectibles, event tickets, website domains or even tweets that are sold to buyers who want to own them.

The success of NFTs has raised questions about their impact on the environment due to the storage methods used for housing them based on blockchain technology which emit millions of tons of carbon dioxide into the atmosphere – an already overheated planet. In this blog post we will explore both the pros and cons of using blockchain technology for NFTs and its environmental impact.

On one hand there is no denying that investing in these tokens can be profitable with potential returns far exceeding those from traditional investments like stocks or bonds; however it also comes with certain risks associated with it such as volatility in prices due to market fluctuations which could lead to losses if not managed properly. Additionally there is also an environmental cost associated with storing these tokens since they require large amounts of energy consumption leading to increased emissions of carbon dioxide into our atmosphere – something we must consider when looking at their long term sustainability prospects.

On the other hand there are several advantages associated with using this technology including its ability to provide secure transactions without any third party interference; additionally it also offers transparency since all transactions can be tracked through its public ledger system making it difficult for fraudsters or hackers from manipulating data stored within it thus providing users peace of mind when dealing with sensitive information online . Furthermore by utilizing smart contracts users can automate certain processes eliminating manual labor costs while ensuring accuracy in execution thus reducing operational costs significantly over time .

In conclusion while there may be some drawbacks associated with using this technology , overall its potential benefits outweigh any negatives making it an attractive option for investors looking for alternative ways to generate returns while minimizing risk . However , given its environmental implications , further research needs to be done before investing heavily into this space so as not contribute further towards global warming .

NFTs, or non-fungible tokens, are digital assets based on blockchain technology. They are used to purchase digital goods such as artwork, videos, music and even virtual real estate. NFTs also allow holders to tokenize physical goods like collectibles or sports memorabilia. An NFT is a unique digital asset that represents real-world objects like art, music, in-game items and videos. These tokens are bought and sold online and can be used to prove ownership of these items.

NFTs have become increasingly popular due to their ability to tokenize physical goods as well as digital ones. This means that they can be used for a variety of purposes such as buying virtual real estate or collecting rare items like sports memorabilia. The use of NFTs has also been extended beyond the realm of purchasing goods; they can now be used for things like proving ownership of intellectual property rights or creating unique experiences in gaming worlds.

The concept behind an NFT is simple: it’s a way for people to own something that is completely unique and cannot be replicated by anyone else – making it highly valuable in the eyes of collectors and investors alike. This makes them attractive investments since they offer the potential for high returns if their value increases over time due to scarcity or demand from buyers who want something special that no one else has access too.

NFTs have been gaining traction recently due to their ability to provide proof of ownership without relying on third parties such as banks or governments – which makes them more secure than traditional methods of owning assets digitally. Additionally, because they’re based on blockchain technology there’s no need for middlemen when transferring ownership which reduces transaction costs significantly compared with other methods available today.

Overall, non-fungible tokens offer an exciting new way for people to own unique assets digitally while providing security against fraudsters who may try and replicate them illegally – making them an attractive option both from an investment perspective but also from a practical standpoint too!

The Pros of Blockchain Technology

Blockchain technology has become increasingly popular due to its many advantages, particularly when it comes to NFTs. One of the most notable benefits is its security. The distributed ledger is immutable, meaning that once data is entered, it’s nearly impossible to alter or delete. This makes it ideal for storing valuable digital assets, as it prevents fraud and theft. Furthermore, the distributed ledger eliminates the need for a third party to verify transactions. This reduces transaction costs and potential errors that can occur when dealing with a central authority.

blockchain technology also offers users an immutable public digital ledger which cannot be modified once something has been added to it; this ensures secure transfer of value and provides a permanent forensic record of transactions as well as a single version of the truth – all thanks to cryptographic primitives used in blockchain technology. Additionally, because NFTs are controlled via blockchain they can be resold for real-world value; users own their digital asset through private keys stored on their device or wallet address on the blockchain network itself. All these features make blockchain an attractive option for use in NFTs and other applications such as cryptocurrencies where secure transfer of value is paramount.

The Cons of Blockchain Technology

Blockchain technology has been praised for its potential to revolutionize the way we store and transfer data. However, it also comes with several drawbacks that must be taken into consideration. One of the most notable of these is its high energy consumption rate. The distributed ledger requires a large amount of energy to maintain, which is estimated to be higher than that of entire countries. This is due in part to Bitcoin’s proof-of-work consensus mechanism, which uses vast amounts of energy compared to credit cards and other payment methods. Additionally, as the number of users and transactions increase on a blockchain network, so does the amount of computing power required to maintain it – leading to slower transaction speeds and higher fees.

The complexity associated with blockchain technology also makes it difficult for developers to scale up their networks as needed. As more users join a network or more transactions are made on it, additional computing power must be added in order for the ledger system remain secure and trustworthy by design – something that can become costly over time if not managed properly. Furthermore, while blockchain technology has been touted as an environmentally friendly solution due its ability reduce paper waste and deliver cost savings through automation; research shows that this may not always be true when taking into account all aspects such as mining costs associated with cryptocurrencies like Bitcoin or Ethereum .

Overall, while blockchain technology offers many potential benefits such as increased security and transparency; there are still some drawbacks associated with its use that should not be overlooked when considering whether or not this type of distributed ledger system is right for your business needs. It’s important for developers looking into using this type of technology understand both the pros and cons before making any decisions about implementation in order ensure they get maximum value from their investment without sacrificing too much in terms energy consumption or scalability issues down the line .

The Environmental Impact of NFTs

The environmental impact of NFTs is a growing concern as their popularity continues to rise. The energy consumption required to maintain the distributed ledger is one of the main causes of this environmental impact, with electricity generated by burning fossil fuels resulting in millions of tons of carbon dioxide emissions. This contributes to global warming and climate change, making it an even more pressing issue. Most NFTs are bought and sold with Ethereum, a cryptocurrency that guzzles up energy and pumps out a lot of greenhouse gas emissions. Blockchains that require an energy-intensive process can generate excess carbon if they consume energy from non-renewable sources. John Crain, the CEO of SuperRare, has argued that it’s flawed to equate blockchain transactions with carbon emissions. However, independent researchers have estimated that the creation of an average NFT has a stunning environmental footprint over 200 kgCO2e – enough to contribute significantly to global warming if left unchecked. Bitcoin mining alone could generate 130 million metric tons in CO2 annually according to one study – enough for it to push global warming beyond 2°C if left unchecked. It’s clear then that while digital art sales may be trendy right now, their environmental impact must not be overlooked or underestimated if we are serious about tackling climate change head on.

In conclusion, the environmental impact of NFTs must be taken into consideration when evaluating their use. The storage methods used to house NFTs based on blockchain technology are responsible for emitting millions of tons of carbon dioxide, which is harmful to an already overheated planet. Most NFTs are bought and sold with Ethereum, a cryptocurrency that guzzles up energy and pumps out a lot of greenhouse gas emissions. The proof-of-work mining process used by Ethereum requires immense amounts of computing power and electricity, resulting in high levels of carbon dioxide emissions. Additionally, minting a single NFT using this process uses the same amount of energy as it would take to power an entire household for one month. Making digital artworks also requires colossal amounts of computing power and electricity, further contributing to greenhouse gases being released into the atmosphere. Therefore, it is important to consider these environmental costs when deciding whether or not to use NFTs in order to protect our planet from further damage caused by climate change.